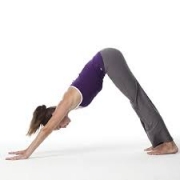 Glaucoma is one of the leading causes of irreversible blindness because of damage to the optic nerve when fluid pressure increases in the eye. Doctors advise patients to live healthy and active lifestyles, but there are certain activities that should be avoided by glaucoma patients like pushups and lifting heavy weights due to elevated intraocular pressure (IOP). A new study has shown the potential risk associated with various yoga positions and exercises that involve inverted poses. In this research, both normal and glaucoma patients did four yoga positions. The greatest increase in pressure was found with the downward facing dog position where you place both feet and hands on the floor while looking at the ground. “The measurements were taken after the participants retuned to a seated position and again after waiting ten minutes, the pressure in most cases remained slightly elevated from the baseline.” In previous studies, participants in the headstand position showed almost two-fold rise in IOP. It is now advised to inform and educate glaucoma patients about the risks of physical exercises like yoga, so progression of glaucoma doesn’t get worse. Many times we consider a point or two of pressure increase to be a reason to prescribe additional eye drops or to recommend a glaucoma surgery. When patients go to yoga, patients should tell their instructors their disease to modify their yoga practice. 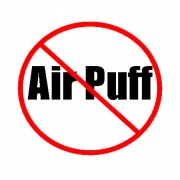 Just about everyone who has had an eye exam is familiar with the “puff of air test”. It measures pressure within the eye using a puff of air, which can be startling.  People who dread this test will be happy to know that we have replaced it with a new device; our modern Tono-pen is a handheld device, slightly larger than a pen.  This small piece of equipment only requires one eye drop for a quick and painless measurement of eye pressure. The test aides in screening for glaucoma. 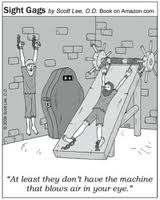 Glaucoma is a group of eye disorders that cause damage to the optic nerve, leading to progressive, irreversible vision loss if left untreated.  Glaucoma is also the second leading cause of blindness in the U.S. according to the American Optometric Association.  The main signs associated with glaucoma are side vision loss, high eye pressures, and optic nerve damage.

High eye pressure is the most common sign, but can be affected by changes in heart rate and blood pressure.  Unfortunately, feelings of nervousness or anxiousness when sitting in front of the “puff of air” machine can cause eye pressure readings higher than normal.  This is why it is so important to have a device that can get readings quickly and easily. The Tono-pen does just that; more accurate measurements are taken over time to determine if your eye pressure is increasing and potentially causing glaucoma.  For more information on glaucoma please visit glaucoma.org or the American Optometric Association.

Annual eye examinations are recommended for a variety of reasons including maintaining optimum vision, examining for signs of systemic disease and evaluating the effects of prescription medications on the eyes. The latter of these was emphasized recently with a recent study involving women and birth control. In fact, 10.7 million women used oral contraception in the United States between 2006-2008 according to the Centers for Disease Control.

The study, presented at the American Academy of Ophthalmology Annual Meeting, suggests that there is an increased risk of developing glaucoma in women who have been taking oral contraceptives for three or more years. Researchers from several universities, the closest locally being The University of California, San Francisco used data from a 2005-2008 National Health and Nutrition Examination Survey.

3,406 participants over 40 years old were surveyed on their visual and reproductive health followed by an eye examination. The results showed that women who have been on oral contraceptives for 3 or more years were 2 times more likely to be at risk for being diagnosed with glaucoma compared to women not taking it or for fewer years.

While the study does not show a direct link that long term contraceptive use can cause glaucoma, contraceptive use can be a risk factor that patients and doctors need to monitor. This is especially important if other risk factors for glaucoma such as ethnicity, family history, eye anatomy, or medication are present.  Interestingly, other studies have shown that estrogen is linked to the development of glaucoma, which could be why oral contraceptives, which work by altering estrogen levels, is a risk factor for glaucoma.