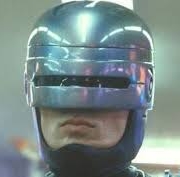 In recent years, there have been innovations in eyewear aimed at helping those suffering from presbyopia, the gradual inability of the eyes to focus due to age. Presbyopia usually begins starting at around age 40 and can affect anyone, even if you have never worn glasses before. According to the World Health Organization, more than one billion people in the world were presbyopic as of 2005. Current eyewear treatments include bifocal and Progressive lenses, but advancements in technology offer new solutions.

One example is Superfocus, which is based in California. These glasses have an adjustable slider on the bridge that lets you change the prescription from distance to near or anywhere in between. This is accomplished by a pocket of soft silicone between two lenses that changes the shape of one of the lenses, and therefore the prescription. This mimics the movements of the lens in the pre-presbyopic eye. The other lens is removable and can be switched to a tinted lens, for example.

Another lens innovation was called emPower, a line of electronic eyeglasses offered by Virginia-based company, PixelOptics from 2011 to 2013. These glasses allowed the wearer to switch between two prescriptions, near and distance. They could be programmed to react either to a fingertip pressing the temple of the frame or to a downward tilt of the head, which triggered an accelerometer. The lenses consisted of LCD materials between two layers of plastic and when an electrical charge hit the LCD, the molecules realigned and the prescription changed. The near prescription was made up of an oval-shaped area in the bottom half of the lenses that disappeared instantaneously when the distance prescription was triggered. In terms of price, the glasses retailed from $1,000-$1,500. Besides being a costly investment, there were issues with emPower’s optics, electronics and design, and PixelOptics declared bankruptcy in November 2013. Although these particular glasses are no longer being offered, the technology exists and perhaps with some modifications, a similar concept could revolutionize the presbyopic eyewear industry.

We’ll keep our eyes open and report on it here at the BOG Blog when a new prospect arises!